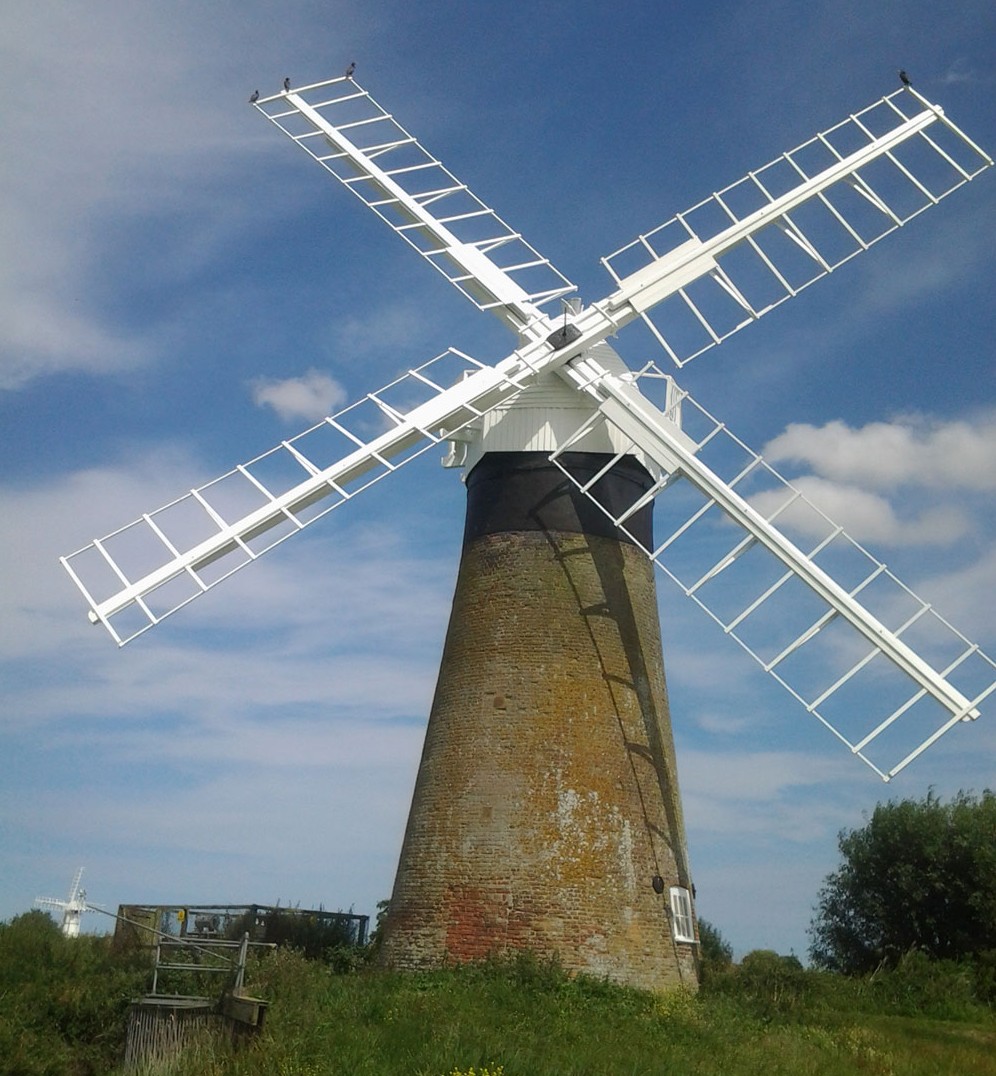 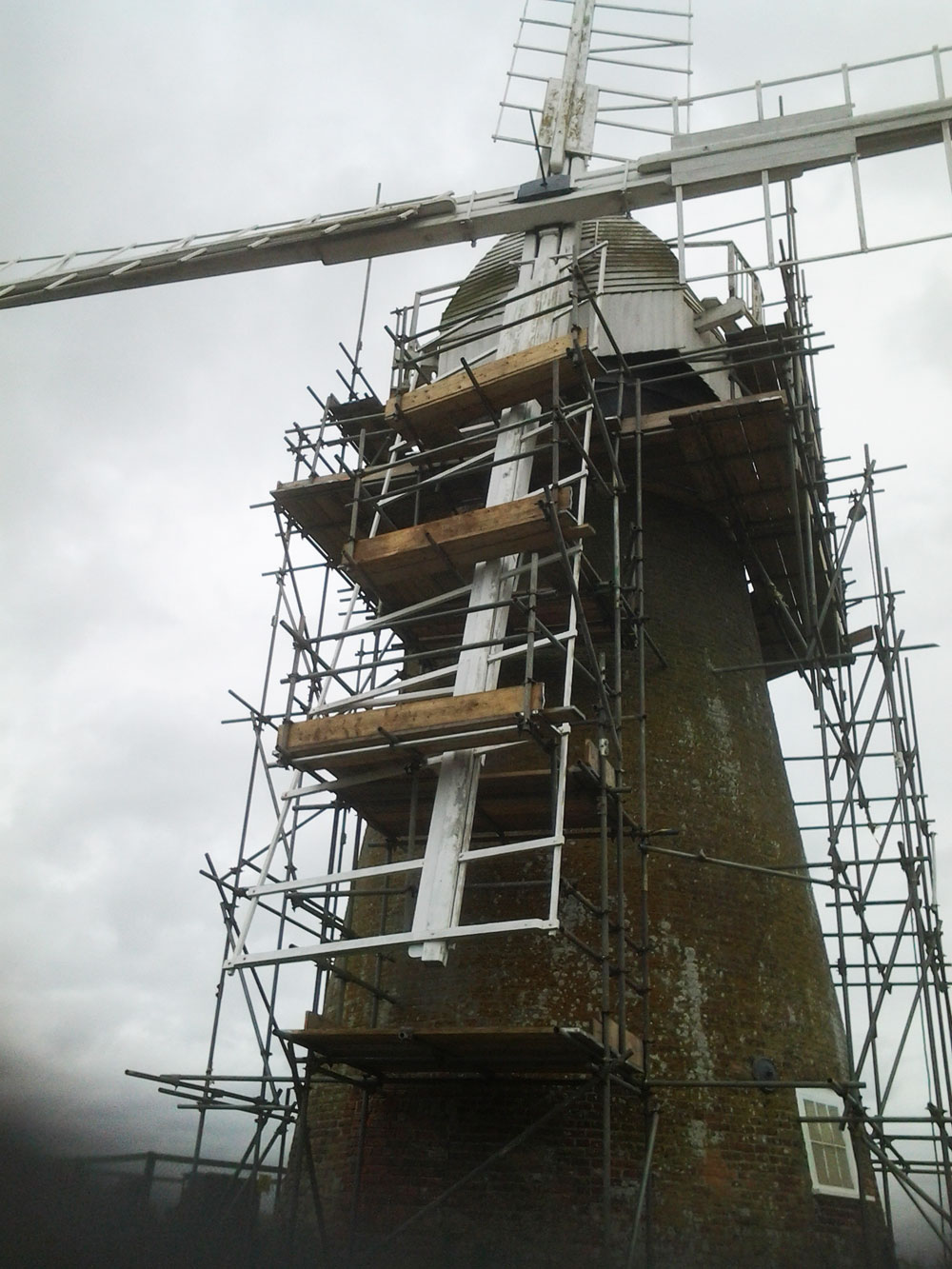 We were delighted in 2014 to have the opportunity of the complete redecoration of a 18th century windmill including the sails and boat at the top of the windmill.  The redecoration was comissioned for redecoration by the Crown.

The windmill was situated by the riverside in a marshland terrian and was only accessible by foot.  Strict organisation of getting materials to site was very important as due to the location it would not be possible to pop out and get supplies. The majority of the work undertaken was at height working from a scaffold including decoration of the sails using “Supadec” a material suitable for the harsh conditions that the mill would be have to endure.  The black ring in the centre was picked out using bitumen.

Each sail was moved to its lowest resting point, decorated, scaffold dismantled, the next sail moved around, scaffold errected and decorated until all four sails were completed.